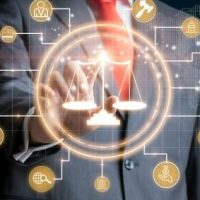 Disagreements on the job can happen between co-workers, customers, or even random strangers. When these turn violent, serious criminal charges can result. A recent incident in Pinellas County highlights some of the dangers and the serious repercussions people accused of this type of crime could face.

Cases in which Uber, Lyft, or other ride sharing service drivers have attacked, or threatened passengers routinely make headlines but they are just as likely to be victims of violence as well. According to an April 21, 2021 NBC 2 News report, a Pinellas County Uber driver was recently choked by a female customer while the entire incident was caught up tape.

The suspect, a 55-year-old St. Petersburg woman, got into the Uber after her daughter arranged for pick-up. The Uber driver says that she slept the majority of her trip but upon waking, she began to choke and strangle the driver from behind. Witnesses notified police immediately and videotaped the incident, providing important evidence. While she claims not to remember the incident or what provoked the assault, she is being charged with aggravated battery and tampering with a witness.

Unfortunately, incidents involving workplace violence have become increasingly common and customer initiated assaults are just one of the ways they can happen. Loss Prevention Media reports that other common scenarios include:

Criminal Charges Due To Workplace Altercations

According to the Occupational Safety and Health Administration (OSHA), workplace violence has become an increasingly common public safety threat. It accounts for close to 20 percent of all violent crimes and is the third leading cause of fatal occupational injuries. Among the most common incidents that are likely to occur in the workplace include:

Workplace violence jeopardizes the safety of those involved, as well as the financial security of workers and the companies that employ them. Those who engage in this type of crime are likely to face serious criminal charges and aggressive prosecution. Penalties are also likely to be more severe as judges may attempt to make an example of the guilty party in an effort to discourage others from engaging in the same type of behavior.

If you face criminal charges related to workplace violence, it is important to get our Seminole criminal defense attorney on your side right away. Reach out and call or contact Reep Coleman & Stubbendorff online to request a consultation today.