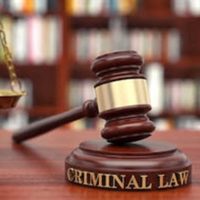 Under Florida law, simple battery is considered a first degree misdemeanor and so comes with potential jail time and up to $1,000 in fines, so if you or a loved one were recently accused of battery or a similar crime, it is important to contact an experienced Seminole criminal lawyer who can help you begin building a strong defense.

The Elements of a Battery Charge

According to this definition, a person can only be charged with misdemeanor battery when there is evidence of intent, which means that an offender committed a specific voluntary act or something that was substantially certain to result from the act. Under the terms of this definition, neither accidental touching or touching that is incidental to another form of conduct not aimed at initiating contact, can qualify as battery in Florida. To determine whether intent exists in a specific case, a jury will be charged with examining the evidence and circumstances of the striking or touching in a defendant’s case.

Furthermore, a person does not have to sustain actual injuries in order for another individual to be convicted of battery, as the intentional touching of another person against that individual’s will is considered enough to demonstrate that a crime was committed. It’s also important to note that a person does not need to have come into direct contact with another in order to be charged with battery. In fact, even indirect contact, such as throwing an object at another person, can qualify as battery if the conduct was intentional and against the other party’s will.

Consent as a Defense to Battery Charges

Before a person can be convicted of battery in Florida, prosecutors must be able to prove that the physical contact in question occurred without the other person’s consent. Consent is presumed to exist in certain cases, including when two people are engaged in a fight. For this reason, mutual combat is one of the strongest defenses that a person can raise to allegations of battery because in these cases, both individuals are presumed to assent to the physical altercation. The only exception to this rule applies in cases where a defendant was the primary aggressor or initiator of the fight and the other party only participated in an effort to defense him or herself. Similarly, if a defendant can prove that he or she was not the aggressor, but was merely attempting to protect him or herself from injury, that individual could escape conviction based on the legal theory of self defense.

Battery is a first degree misdemeanor in Florida, which means that even first time offenders could end up spending up to a year in jail, making it doubly important for those who are accused of this offense to speak with an experienced attorney about building a strong defense. Contact Reep Coleman & Stubbendorff at 727-330-6502 today to speak with a reputable Florida criminal defense attorney about your own pending charges.