The Difference Between Expunging and Sealing a Criminal Record in Florida 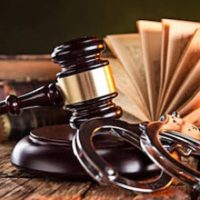 Having a criminal record can make it difficult to secure employment, find housing, and obtain professional licensure. Fortunately, it is possible for those who have been arrested for, charged with, or convicted of a crime to have those records expunged. In fact, there are a couple of different options for having one’s records erased, as even those who do not qualify for expungement may still be allowed to seal their records. The differences between these two processes can be confusing, so if you have questions about erasing your criminal record, it is important to contact an experienced Seminole criminal lawyer who can help you determine whether you are eligible to expunge or seal your criminal record.

Adult criminal history records in Florida are made available to the public, unless they are sealed or expunged. The latter occurs when a court orders that all documents related to a specific arrest, charge, or case disposition be removed and destroyed by law enforcement agencies expect the Florida Department of Law Enforcement (FDLE). However, even the records retained by the FDLE will remain confidential and so can only be viewed via court order.

Generally, it is more difficult to have one’s record expunged than to have it sealed. This is because a person can only qualify for the expungement of his or her criminal record if that individual was not charged with a crime, or if his or her charges were later dismissed. For these reasons, expungement is most common in cases where a person was arrested by mistake. It is also possible, however, to expunge certain records that have been sealed for more than ten years.

Under Florida law, a person is eligible to seal his or her criminal record when:

For help determining whether you qualify for record sealing in Florida, please contact our criminal defense legal team today.

Contact a Clearwater Criminal Defense Attorney for Help with Your Case

If you believe that you or a loved one may qualify for the expungement or sealing of your criminal record, please call Reep Coleman & Stubbendorff at 727-330-6502 today to speak with a dedicated criminal defense attorney about your legal options.

By Reep Coleman & Stubbendorff | Posted on October 4, 2019
What are the Penalties for Driving Under the Influence in Florida? »