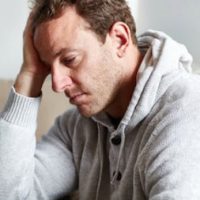 What is Dating Violence?

Florida law defines dating violence as violence that occurs between individuals who have or have had a continuing relationship of a romantic nature. Whether a particular relationship satisfies this definition depends on a number of factors, including:

It’s important to note that Florida law specifically excludes violence committed in casual relationships or between two individuals who are acquaintances or have only engaged in ordinary fraternization in a social or business context from the definition of dating violence.

Under Florida criminal law, the only people who can file a request for a dating violence induction are:

The latter is only permitted, however, when the alleged victim is a minor and still resides in the family home. Otherwise, those who accuse someone else of dating violence must request an injunction on their own and only if they believe that they:

If granted, an injection, or restraining order, can restrict a person from:

Failing to comply with the terms of a dating violence injunction is a first degree misdemeanor and as such, is punishable by up to a year in jail and a fine of $1,000. Furthermore, restraining violation orders are usually followed by additional criminal charges for domestic violence, which come with even more severe penalties.

Please call Reep Coleman & Stubbendorff at 727-330-6502 today to schedule an initial case review with a dedicated domestic violence lawyer who can walk you through your legal options.