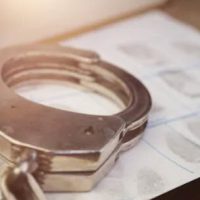 Fighting, threats, or any type of aggressive behavior towards others can result in assault charges in Pinellas County. While the overall crime rate has dropped in our area, aggravated assaults have dramatically increased. Our Seminole criminal defense attorney explains what you need to know about this crime, the penalties associated with it, and common defenses.

While Other Crimes Drop, Aggravated Assault In Pinellas County Spikes

A June 25, 2021 report by the Tampa Bay News detailed some surprising crime statistics in our area. Drops in the population are attributed to reduces crime rates throughout Florida and the number of murder charges in Seminole has dropped nearly in half over prior-year figures.  At the same time, the number of aggravated assaults has increased significantly, from roughly 600 cases in 2019 to over 3,000 in 2020.

Aggravated assault involves threats and an intent to commit violence against another, either with a gun or other deadly weapon or in the commission of a felony crime, such as burglary, kidnapping, or certain drug charges. Factors that may be behind the increase in these violent offenses:

According to studies published by Science Direct, frustration at being in lockdown, general anxiety over the situation, differences in opinion regarding masks and vaccines, and other pandemic-related issues have resulted in increased altercations between people across the country.

Under the Florida Statutes, a ‘simple’ assault involves intentional threats or acts committed against another person that creates a reasonable fear of imminent harm. Simple assault in Florida is a second-degree misdemeanor crime, punishable by fines up to $500 and up to six months in jail. An aggravated assault, as stated above, involves the use of a deadly weapon or is committed during a felony offense. It is classified as a third-degree felony, with penalties that include fines of up to $5,000 and up to a five-year prison sentence.

If you are facing aggravated assault charges in Pinellas County, you need an experienced criminal defense attorney on your side. Ways we can help prevent a conviction include:

If you are facing any type of assault charges, Reep Coleman & Stubbendorff can help prevent a conviction by building you a strong legal defense. Call or contact our Seminole criminal defense attorney online right away to request a consultation.

By Reep Coleman & Stubbendorff | Posted on September 23, 2021
« When Mistakes And Errors On Your Part Result In The Death Of Another
False Allegations Can Result In Serious Criminal Charges In Seminole »