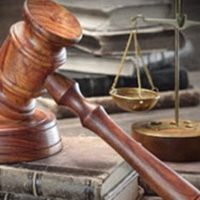 Fraudulently using a credit card is one of the most commonly charged white collar crimes in Florida and comes with serious penalties for those who are convicted. To learn more about preparing a strong defense to your own credit card fraud charges, please contact an experienced Seminole white collar crime attorney who can advise you.

What Qualifies as the Fraudulent Use of a Credit Card?

In Florida, a person can be convicted of fraudulently using a credit card if he or she obtained money, goods, services, or anything else of value by:

It’s important to note, however, that even defendants whose actions fulfill these elements cannot be convicted of fraudulently using a credit card unless they specifically intended to defraud the card issuer or the person or organization providing the money or goods in question.

The penalties faced by defendants who have been convicted of this offense depend in large part on:

For example, a defendant who committed credit card fraud two or fewer times in a six month period or who obtained goods, money, or services worth less than $100 during this time period can be charged with a first degree misdemeanor, which is punishable by up to a year in jail and a $1,000 fine. Defendants who have been accused of committing this crime more than twice in a six month period or who obtained goods or services worth more than $100, on the other hand, could be charged with a third degree felony, which comes with a prison sentence of up to five years and a $5,000 fine.

It’s also important to note that most credit card cases are tried in state court. It is possible, however, for a defendant to be charged in federal court for credit card fraud if he or she is accused of taking larger sums of money or of being engaged in related interstate criminal activity, such as bank fraud.

There are a number of different defenses that defendants can raise when accused of fraudulently using a credit card, including that:

There are also some defenses that are not available to defendants. For instance, defendants who have been charged with credit card fraud are not permitted to argue that they believed that the card did not belong to an authorized user when they obtained it.

To learn more about how an experienced Seminole white collar crime lawyer can help you with your own credit card fraud charges, please call Reep Coleman & Stubbendorff at 727-330-6502 or send a message to justin@reeplawfirm.com today.

By Reep Coleman & Stubbendorff | Posted on February 21, 2020
« Boating Under the Influence in Florida
Probation Violations in Florida »