What it Means to be Charged with a White Collar Crime 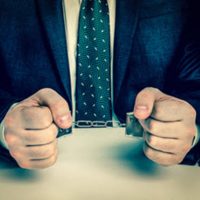 Although many people associate Florida’s criminal code with violent offenses like assault and battery, drug-related crimes, or traffic violations, the reality is that these are only a few of the many different types of offenses with which a person can be charged. Many defendants, for example, face white collar crime charges, or allegations of involvement in a fraud based offense. While white collar crimes only rarely involve accusations of violence, they are still penalized harshly, so if you were recently accused of committing a white collar crime, it is critical to contact an experienced Seminole white collar crime lawyer who can help you begin building a defense.

Most white collar crimes don’t involve violence on the part of a defendant, but instead tend to involve financial motivation, deceptive or fraudulent activity, and concealment. Otherwise, white collar crimes tend to be as wide ranging as any other type of offense, although some are more well-known than others, including:

These white collar offenses are prohibited under both state and federal law, which means that technically, a person residing in Florida who is accused of certain white collar crimes, such as mail fraud, could find themselves in a Florida state court, as well as federal court for the same offense.

Elements of a White Collar Crime

A defendant who has been charged with committing a white collar crime can only be convicted if prosecutors are able to demonstrate that:

Providing proof of these elements can be difficult, so those who are suspected of being involved in a white collar crime are usually investigated for weeks or even months before they are arrested. Although this may prove stressful and frightening for the subject of the investigation, it also gives defendants an opportunity to begin building a strong defense.

While the specific defense strategy chosen by a defendant depends in large part on what he or she is being charged with, there are a few arguments that have proven particularly successful in exonerating defendants who are charged with white collar crimes, including that the accused:

If you were recently made aware that you are under investigation by a federal or state agency, please contact our legal team to learn more about your potential defenses.

To speak with an experienced white collar crime attorney about your own pending charges, please call Reep Coleman & Stubbendorff at 727-330-6502 or send a message to justin@reeplawfirm.com today.

By Reep Coleman & Stubbendorff | Posted on January 9, 2020
« Violating the Standard Conditions of Probation or Parole
What to do if You are Issued a Traffic Citation in Florida »