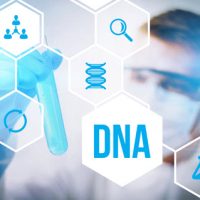 DNA is often used in criminal cases and can link a particular person to a crime when other types of evidence are unavailable. While DNA is powerful in terms of pointing to alleged suspects and in helping press criminal charges in Pinellas County, mistakes can be made and it is not foolproof in obtaining a conviction.

A 23-year-old man was recently arrested on charges that he sexually assaulted a 14-year-old girl under Pier 60 in Clearwater Beach in February of this year. According to an August 2, 2021 Tampa Bay Times news report, the police were able to link the suspect to the crime through the state DNA database, which he was on due to prior arrests for burglary and robbery. As a result, he now faces charges of sexual battery, to which he plead not guilty. Combined with a charge for illegal possession of THC oil, bail was set at $52,000.

The Florida DNA Database was established in 1989 and is authorized under Section 943.325 of the Florida Statutes. It contains DNA samples and records collected throughout the state and has proven valuable in identifying missing persons and unidentified human remains, based on DNA samples voluntarily contributed by relatives. Of course, it is also used extensively in criminal proceedings, both in terms of identifying as yet unapprehended suspects and tying them to a specific crime scene. An important tool in criminal investigations, DNA can also be used to obtain a warrant and to link alleged suspects to federal criminal cases.

Potential Problems With The DNA Database

DNA stands for deoxyribonucleic acid. Located with the cells, it can be obtained through a cheek swab from an alleged suspect, via hair follicles or fingernails, or through blood and other bodily fluids left at the scene, DNA provides an individual’s personal genetic blueprint, containing information on hereditary factors that can aid in forensic identification.

While DNA has strong support among law enforcement, prosecutors, victims, and their families due to the role it plays in helping to solve previously unsolved cases and to obtain convictions when there is little other evidence, there are those who have concerns about the ethical implications. A Harvard study points to problems concerning privacy and racial profiling, as well as the likelihood for technicians to make mistakes. These can happen in several ways:

The study found that technicians working with DNA were more likely to link it to a potential suspect when they knew about the case and that a conviction was riding on the results of their testing.

If you have been charged with a crime based on DNA evidence, you need an experienced Pinellas County criminal attorney on your side. Let Reep Coleman & Stubbendorff build you a strong legal defense. Contact our office today and request a consultation today.

By Reep Coleman & Stubbendorff | Posted on August 26, 2021
« Driving Under A Suspended License In Seminole? How To Avoid Criminal Charges
Thinking Of Getting A Degree? How A Criminal Conviction In Pinellas County Could Impact Your Education »