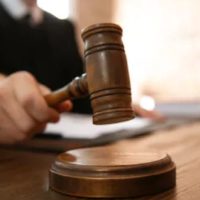 Whether or not a court grants an ex-parte injunction has significant repercussions on a respondent’s legal rights and day-to-day life, so if you have questions about this process, it is important to speak with an experienced Seminole domestic violence attorney who can walk you through your legal options.

What are Ex-Parte Injunctions?

Ex-parte injunctions are temporary restraining orders issued by Florida courts that have determined (after receiving a petition from the complaining party) that the petitioner is in immediate and present danger of becoming the victim of domestic violence. These injunctions are temporary and can remain in effect for no longer than 15 days, at which point, the court must hold a hearing on the issue.

In the event that a court finds that there is no basis for the issuance of an injunction, it can deny the petition outright without scheduling a hearing, unless the only ground for denial is a failure to provide evidence of an immediate and present danger. In these cases, the petition can be denied, but will automatically be followed by a full hearing, where a judge will determine whether the petitioner’s claims are truthful. Some courts even allow petitioners to request that the court dismiss the case rather than schedule a hearing.

Ex-parte injunctions are temporary, but can come with restrictive provisions. For instance, most ex-parte domestic violence injunctions award the petitioner the exclusive use and occupancy of the couple’s residence. Similarly, if a petitioner and respondent share children, the respondent can be barred from seeing the children until the expiration of the order. These terms will remain in effect until modified or dissolved.

It’s also important to note, however, that once an ex-parte restraining order has been replaced by a permanent injunction, either party can petition the court requesting a modification or the dissolution of the order. However, this can be a complicated process and respondents are required to strictly comply with the terms of the injunction in the meantime, so if you were recently served with an ex-parte injunction, it is important to speak with an attorney about your options as soon as possible.

To speak with an experienced Seminole domestic violence lawyer about your defense-related questions and concerns, please call Reep Coleman & Stubbendorff at 727-330-6502 today. You can also reach a member of our legal team by completing one of our brief online contact forms or sending a message to justin@reeplawfirm.com today.