Close Menu
+
Seminole Personal Injury Attorney > Blog > DUI BUI Defense > What are the Penalties for Driving Under the Influence in Florida?

What are the Penalties for Driving Under the Influence in Florida? 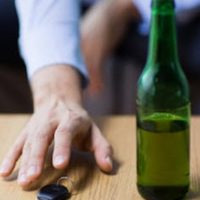 It is unlawful in Florida to operate a vehicle with a blood alcohol content of .08 percent or more. It is also true, however, that Florida motorists can be charged under the same DUI law if prosecutors can prove that a driver’s normal faculties were impaired due to the influence of a chemical or controlled substance. The penalties for both of these offenses are the same and include jail time and hefty fines, so if you were recently arrested for driving while under the influence of drugs or alcohol, it is critical to retain an experienced DUI/BUI defense lawyer who can help you begin formulating a defense.

What are the Penalties for a DUI Conviction?

The penalties that a driver faces after being accused of driving under the influence depend on a number of factors, including:

How these factors apply in a specific case will dictate the types of penalties that a person faces if convicted of driving under the influence.

Those who have been convicted of driving under the influence in Florida could be forced to pay a fine of between $500 and $1,000. This is true even for first time offenders. In fact, these fines can be increased if there was a minor in the vehicle at the time of arrest, or if the driver’s BAC was .15 or higher. Second and third convictions, on the other hand, are punishable by up to $4,000 and $5,000 respectively.

In addition to fines, Florida motorists who are convicted of driving under the influence face significant jail time, as even first time offenders could be imprisoned for up to six months. If, however, a person’s BAC was .15 or higher, or there was a minor in the vehicle at the time of arrest, this term could be increased to nine months. Second, third, and fourth time offenders, however, could be required to contend with a prison sentence of up to five years. Fortunately, qualifying defendants are permitted to serve their jail terms in residential alcoholism or drug abuse treatment programs. If these programs are completed to the satisfaction of the court, a person’s time in the program will be credited toward his or her term of imprisonment.

Motorists who are convicted of driving under the influence in Florida must also endure mandatory driver license revocation. This is true even for first time offenders who could lose their licenses for between 180 days and one year. Subsequent offenses are penalized even more harshly, with some defendants facing five year, ten year, or permanent license revocation.

Call Today for Help with Your DUI Case

To begin building a defense against your own DUI charges, please call the dedicated Seminole DUI/BUI defense attorneys at Reep Coleman & Stubbendorff. You can reach us by calling 727-330-6502, completing one of our brief online contact forms, or by sending a message to justin@reeplawfirm.com today.

By Justin Reep | Posted on October 11, 2019
« The Difference Between Expunging and Sealing a Criminal Record in Florida
What Constitutes Theft Under Florida Law? »