Timeline of a Domestic Violence Case 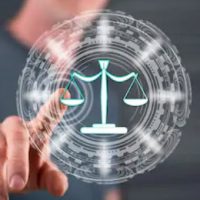 Florida law provides for a specific type of injunction for those who are seeking protection against interpersonal violence in a domestic setting. The granting of these injunctions can have serious consequences for the parties involved, especially for those who have been wrongly accused, so if you were recently arrested for domestic violence, it is critical to speak with an experienced Seminole domestic violence lawyer who can ensure that your interests are protected throughout the legal process.

Only Certain Individuals Can Request a Domestic Violence Injunction

Domestic violence injunctions are only granted to particular individuals, namely those who are family or household members of the accused. Unless the parties have a child in common, they must also presently be living together or have lived together in the past. Furthermore, the petitioner requesting the injunction must be the victim of the alleged act of domestic violence and must be willing to file a sworn petition with the court in support of his or her accusations.

How the Court Responds to a Petition

After reviewing the petition, judges have a few different options, including:

Courts that choose to schedule a final hearing must do so within 15 days of the petitioner’s request.

What Happens at a Final Hearing?

At the hearing, a judge will make a final decision on whether a threat of domestic violence exists. If proof of such a threat is found, the court will issue a final injunction, limiting the defendant’s access to the petitioner and his or her home or workplace. Once the parties have been served, judges are also encouraged to schedule compliance hearings to determine whether the respondent is in compliance with the injunction’s terms. If, on the other hand, sufficient evidence of domestic violence is not discovered, the judge will deny the request for a permanent injunction and dismiss the petition.

Once a court has officially issued a judgment on a request for a domestic violence injunction, the respondent can appeal that decision outright. If, however, the respondent violates the order, the court can enforce the injunction through contempt proceedings and can even pursue criminal charges. Courts also often hold compliance hearings to assess the defendant’s conduct and compliance with the terms of the final injunction. Finally, at this time, both parties will have the opportunity to request that the court either modify or dissolve the injunction. This includes a request on the petitioner’s part to extend the order, although this is only an option for those who ask for the extension before the current injunction actually expires.

Call Today for Help With Your Domestic Violence Injunction

Courts can only issue domestic violence injunctions when certain requirements have been met. For help ensuring that your own legal rights are protected after being unfairly accused of domestic violence, please call Reep Coleman & Stubbendorff at 727-330-6502 to speak with dedicated Seminole domestic violence lawyer Justin Reep.