What Parents Need To Know About Juvenile Crimes In Seminole And Clearwater, FL 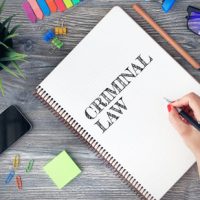 As a parent, you want what is best for your children and strive to provide advantages to help ensure a bright future. Unfortunately, once they hit adolescence and the teenage years, it is not uncommon for them to take actions that end up putting their future at risk. Juvenile crimes in Seminole and Clearwater happen regularly and create major problems for young people and the parents who love them. As an experienced Seminole criminal defense attorney, we want you to be aware of common juvenile charges in our area and ways you can protect your child.

These are all serious charges, many of which could result in a felony conviction. While courts are generally more lenient with young people, particularly if they have no prior criminal record, they could still face heavy fines and a criminal record that could prevent them from getting a job or education in the future. They could also be sentenced to a potentially lengthy stay in a juvenile detention center.

Despite the best efforts of parents, children can still find themselves on the wrong side of the law. Hanging out with the wrong crowd, succumbing to peer pressure, being in the wrong place at the wrong time, and momentary lapses in judgment can all have serious impacts on their future.

If your child ends up being charged with a crime or otherwise gets involved in the Florida Juvenile Justice system, it is important to know the steps you need to take to protect them:

At Reep Coleman & Stubbendorff, we act as a strong legal advocate on the side of children facing criminal charges and their parents. To protect them against the penalties associated with a conviction, call or contact our Seminole criminal defense attorney online and request a consultation today.

By Reep Coleman & Stubbendorff | Posted on April 22, 2021
« Child Neglect Charges: What Is Considered Neglect and What Are The Criminal Penalties?
Seminole, FL Criminal Charges: What Types Of Evidence Can Be Used Against Me? »