Defenses and Penalties For Murder In Seminole 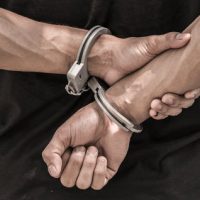 Florida has one of the highest murder rates in the country and the penalties upon conviction are severe. When facing these types of criminal charges in Pinellas County, you need an experienced Seminole criminal defense attorney on your side. The following details different classifications for murder, the penalties involved, and possible defenses that can be used in your case.

In situations where your actions or inactions result in the death of another, you can expect to face serious charges through the Pinellas County Criminal Court. The term ‘murder’ is often used in describing a broad range of crimes that result in death, but these are generally broken down into different categories:

With any of the above charges, the prosecution must prove that there was malice aforethought, which is the intention to either kill or harm another, in order to obtain a conviction. If there was no malice, ill will, or spite for the victim involved in the act, the charges will generally be reduced to manslaughter. These charges can fall into several categories, based on whether the death of another occurred as a direct result of your actions (voluntary manslaughter) or due to your inactions and neglect (involuntary manslaughter).

Disproving malice aforethought is a key part in Seminole murder cases. Penalties you face if you are convicted of murder and likely to be far more severe than those associated with manslaughter charges.

Defending Yourself Against Murder Charges In Seminole

Penalties for murder under the Florida Statutes involve heavy fines and lengthy prison sentences. The exact amount of time you are required to serve with depend upon the exact charges:

Building a strong defense is key to protecting yourself against these penalties. In regards to murder, defenses may involve proving your innocence, asserting self-defense, or showing that the killing occurred by accident or in the heat of passion.

If you are facing murder or manslaughter charges, you need Reep Coleman & Stubbendorff on your side. To request a consultation, contact our Seminole criminal defense attorney today.

By Reep Coleman & Stubbendorff | Posted on March 25, 2021
« Lack of Good Judgment In Using Cell Phones Can Result In Criminal Charges For Minors
Cyber Stalking In Pinellas County A Serious Matter But Can Prove Difficult To Prosecute »