Shoplifting In Seminole Can Result In Serious Criminal Penalties 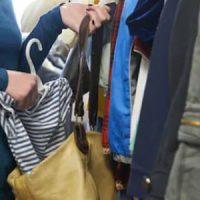 Shoplifting may seem like a relatively minor matter or even a harmless prank, but it can result in serious criminal charges in Seminole. Depending on the value of the items stolen, you could be facing heavy fines and a potentially lengthy jail sentence. With the upcoming holiday season approaching, shoplifting crimes are likely to become more common.

Shoplifting Crimes On The Rise

Shoplifting is one of the most common types of theft and is often committed by people who would otherwise consider themselves as honest, law-abiding citizens. This includes:

While some consider shoplifting a relatively minor crime, it is a major problem for store owners According to the 32nd Annual Retail Theft Survey, retailers recovered nearly $140 million in potentially lost profits from close to 340,000 shoplifters in 2019. Millions more in losses are reported but never recovered. Shoplifting crimes in general have increased over the years and are particularly common during the holiday season.

Penalties You Could Face For Shoplifting In Seminole

In terms of theft crimes, shoplifting is often perceived as being a relatively ‘low dollar amount’ crime due to the misconception that items small enough to be carried out of a store are likely not worth that much. In reality, nothing could be further from the truth. Jewelry, high end phones or other electronics, cosmetics, tools, and designer clothes or accessories frequently targeted by shoplifters can total hundreds if not thousands of dollars.

Under the Florida Statutes, penalties for shoplifting have the potential to be severe and will depend both on the amount of goods stolen and any prior convictions for shoplifting the suspect has. These include:

With all of the above, prior offenses cause your shoplifting charges to be upgraded to the next higher level, increasing your penalties.

To protect yourself against the penalties associated with a shoplifting conviction, get Reep Coleman & Stubbendorff on your side right away. To request a consultation, contact our Seminole criminal attorney today.