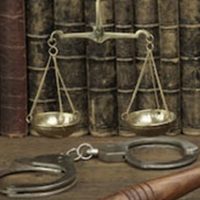 In Florida, those who are convicted of certain offenses, who commit traffic infractions, or who are involved in certain civil matters face serious penalties, one of which is the suspension or revocation of a driver’s license. The former refers to the temporary withdrawal of a person’s license, while the latter refers to the termination of a person’s privilege to drive. In either case, driving with a suspended or revoked driver’s license can result in criminal penalties. Fortunately, it is possible to have one’s license reinstated, so if your driver’s license was recently suspended, you should contact an experienced Seminole suspended license attorney who can walk you through the process of reinstatement.

When Can My Driver’s License be Suspended?

Defendants who are convicted of certain criminal offenses, including controlled substance-related crimes face significant penalties, including the suspension or revocation of their driver’s license for up to two years. Alternatively, those who are behind in their child support payments could face similar penalties, as can defendants who fail to pay restitution after a criminal conviction. Finally, the state can suspend a motorist’s driver’s license for accumulating too many points, which are incurred by drivers who commit certain driving violations, on their records. Generally, a person can expect his or her license to be suspended after accruing 12 points.

Driver’s license revocations, on the other hand, tend to be the result of more serious criminal conduct, including felony convictions, driving under the influence, crimes involving vehicles, hit and run accidents, convictions for reckless driving, and making false statements to the DMV related to the ownership or operation of a vehicle.

Having one’s driver’s license suspended or revoked can make it difficult, if not impossible, to fulfill day-to-day activities, like getting to and from work. Fortunately, it is possible to have one’s license reinstated, although doing so can be complicated. One method of reinstatement is for a driver to wait until the period of suspension is over, after which, he or she will most likely need to apply for reinstatement, which comes with a fee of $45.

If, however, a person’s license was revoked, he or she will need to apply for a new license, which costs an additional $30. Certain individuals may also need to comply with other requirements in order to obtain a new license. Those who are behind on child support payments, for instance, will need to pay their past-due child support payments before their license will be reinstated. In other cases, those whose licenses have been suspended because of a failure to comply with court summons will need to satisfy those summons, while those with DUI convictions must wait until their suspension period has passed before attempting to reinstate their license.

Driving while your license is suspended or revoked can result in criminal charges, making it especially important for those whose licenses have been suspended, to speak with an experienced attorney about reinstatement. To learn more about the steps required to reinstate your own license, please contact Reep Coleman & Stubbendorff at 727-330-6502 today.

By Reep Coleman & Stubbendorff | Posted on December 23, 2019
« What You Should Know About Florida Traffic Court
Violating the Standard Conditions of Probation or Parole »